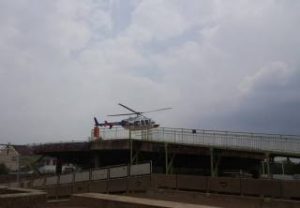 An elderly couple was attacked in their home on the farm in the Reitz area in the Free State on Sunday morning 11 February 2018.

Marius MÃ¼ller, National Operations Co-ordinator of AfriForum, told Maroela Media on Sunday that a preliminary investigation indicates that three armed robbers attacked the couple at about 05:00.

The 76-year-old man was dragged to the bathroom during the attack and assaulted with knob kieries. He suffered severe head injuries. â€

His wife was detained in a room. She managed to call for help at 06:30 after the attackers fled over the koppie on foot. The attackers are still being sought. The man was then taken to a Bethlehem hospital for treatment. His wife did not sustain serious injuries.

It is not yet clear what was stolen during the attack, but the mobile phones were taken.

MÃ¼ller said the couple did not have a medical aid fund and AfriForum and the hospital in Bethlehem arranged for the man to be transferred by helicopter to Netcare Universitas hospital in Bloemfontein.

The police and neighborhood watch was on the scene and investigated the incident.