More Unreported Murders. Is Murder Now So Common & Boring That Mainstream Media Doesn’t Bother Reporting it, or is it Just Not Profitable in The “Mass Market”?

In the media world there is a saying: If it bleeds, it leads. However according to the headlines and frontpages of mainstream media nowadays, it would seem this is no longer the case, as alleged racism is treated far more serious than murder or rape and given far more coverage! In fact with 56 murders a day, many homicides barely make the Facebook pages of these newspapers and rape doesn’t even get reported in many cases!

The owner of the Engen garage at Cocomo’s in Klerksdorp, Cobus Fourie whose wife is Nicolene, was fatally shot in his chest during an armed robbery on Monday morning, 6 January 2020. He died in hospital moments later. The incident was not reported in mainstream media but widely shared on Facebook, including the Facebook page of Klerksdorp Times itself.

The post asks readers to lookout for a silver or gold AUDI A3 HATCHBACK (REG: JK…..NW).

In another incident on the 26th December 2019, Clive Dawson left in his company VW Viva Polo to drop people off in Springs. He never returned and a friend of his was notified by a caretaker at 108 Park Hotel in Brakpan. They searched but could not find him. His vehicle was found in Durban and there was blood in the boot. 3 were arrested and 1 told the police where his body was. The body was found but was decomposed beyond recognition. He was identified by a hummingbird tattoo. He had been beaten to death by a brick breaking his skull. He was found on the 31st December by sniffer dogs…

These same mainstream newspapers, radio stations and TV channels are quick to jump on the racebaiting bandwagon, insulting white people for counting their own dead, even though Europeans have always counted and mourned their dead, in war and peace through the ages. What other races do in this regard, surely is up to them and cannot be laid at the door of white people, who have absolutely no governmental influence whatsoever!

Could it be that because the majority of the readership of almost all newspapers, radio and TV channels in South Africa are now black, murder simply does not sell newspapers in the “mass market” like it does in a European country? Or is it just a case of the mainstream media brainwashing the mass market into thinking racism is the “unpardonable sin”? Certainly the BEE rewards are promoting anti white racism…

A human life has little value in communism. 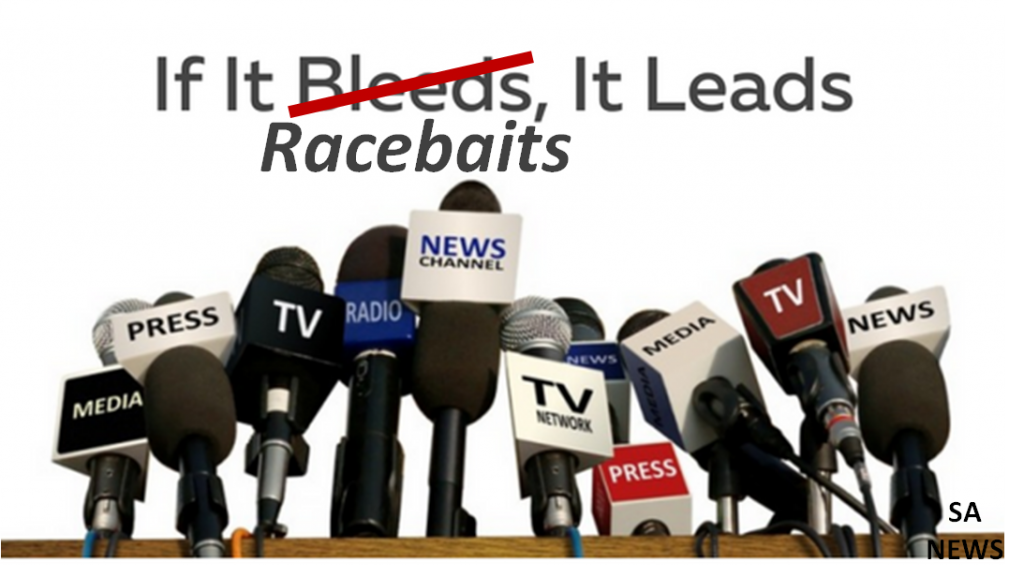