Over 85,000 People Sign Petition To Remove Lana Marks, Trump’s US Ambassador To South Africa, For Misrepresenting SA To The World!

It appears Trump’s new US Ambassador in Pretoria, Lana Marks, is very unpopular on both sides of the aisle. Not only have there been protests outside the US Embassy by ANC, EFF and other supporters, who support Palestine, with chants of “One American, One Bullet“, but now a petition, which was started only a week ago, has already amassed more than 85,000 signatures! The petition however is from people who would traditionally support Trump!

The petition demands the removal of the United States Ambassador to South Africa, Lana Marks. It says she is consistently misrepresenting the state of South Africa to the rest of the world. She is not reporting factual information. She recently referred to South Africa as “Vibrant Democracy”. Nothing can be further from the truth!

South Africa is the global RAPE capital, South Africa has more murders than most war-zones (57 a day). Racism towards the white and other minorities by black political parties are regularly reported, but not by Lana Marks. White farmers are viciously attacked and raped and murdered. The government has passed laws allowing for the expropriating of land from white people without compensation, especially from white farmers. There are 118 laws and regulations preventing white people from getting jobs based on the color of their skin.

SA has the most corrupt government on the face of the earth, but she is reporting that it is a Democracy?

We urge President Donald J Trump to recall Lana Marks. We are not on stage 6 of the Genocide watchlist for no reason and silence about this is not helping the minority which is under attack from every possible angle.

See also: Calls for Death to Americans at US Embassy in South Africa &#8211; SACP chant &#8216;One American, one bullet&#8217; outside US embassy in Pretoria 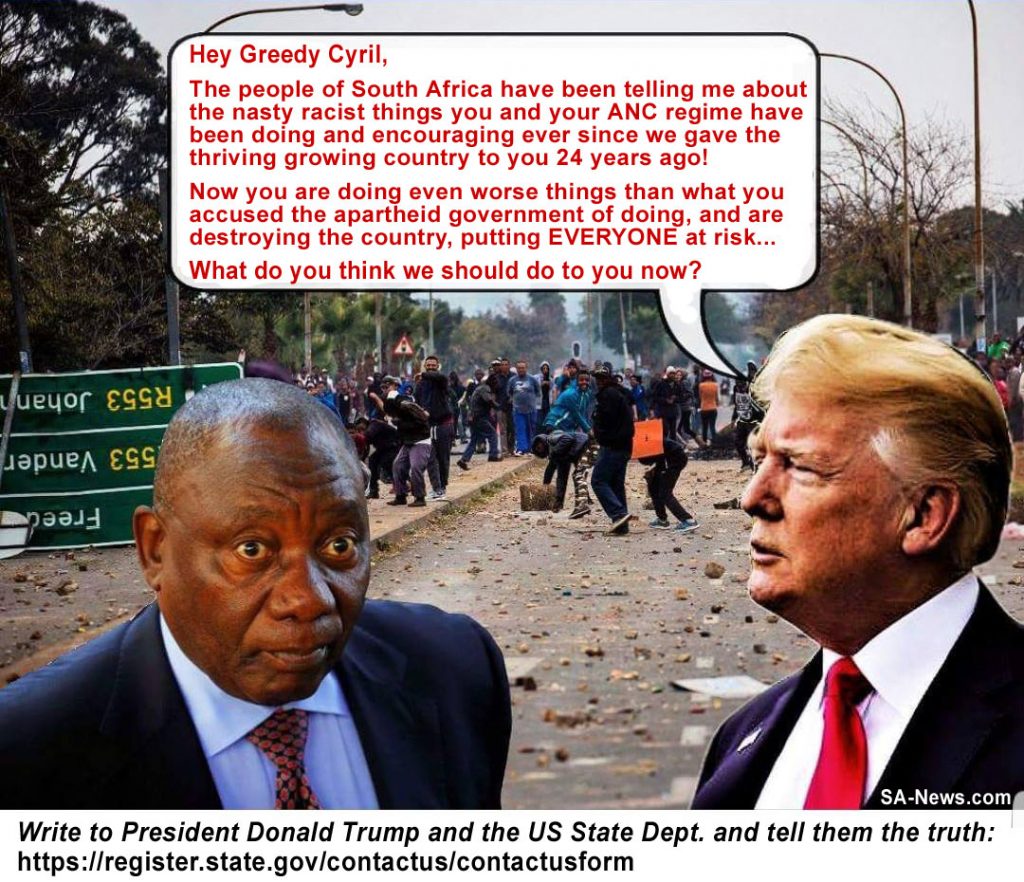