23Oct - by M Louw - 1 - In Africa ANC Regime Britain Genocide White Genocide
Two people were arrested after a group of campaigners began marching from the train station in Margate to the Turner Contemporary art gallery on the seafront.

Kent Police confirmed a 43-year-old Margate man was arrested in connection with a public order offence and a 31-year-old Kent man of no fixed address was arrested on suspicion of obstructing a highway.

It is not known if the men were connected to the White Lives Matter group or the demo which took place yesterday. 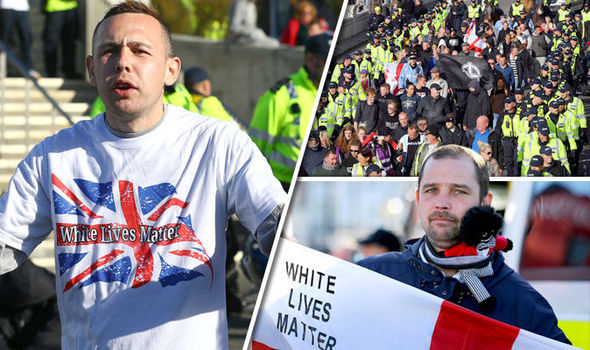 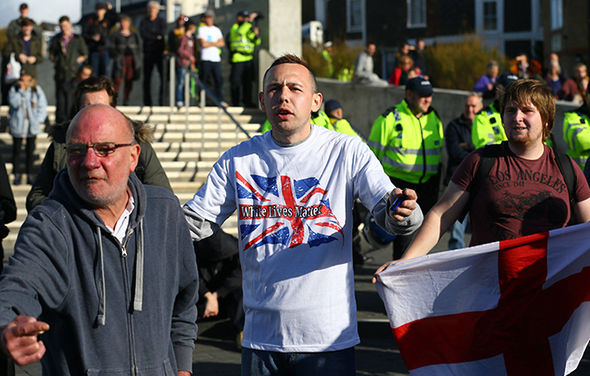 “These two vulgar groups will not ruin great progress made in a great town”, Councillor David Parson

Campaigners from the Thanet branch of Stand Up to Racism and the Kent Anti-Racism Network also organised a rival protest to take place at the same time.

Local Tory councillor David Parson tweeted: “The far-right and the far-left do not represent Margate.

“These two vulgar groups will not ruin great progress made in a great town.”

Police from Essex and Suffolk were drafted in to help Kent Police throughout the day.

Chief superintendent Andrea Bishop said: “I would like to thank all of those who assisted Kent Police in keeping Margate peaceful and safe.

“There were a number of unique policing challenges faced by officers. Not only did we have the march taking place, but a family motor cross event on the beach and a music event nearby. 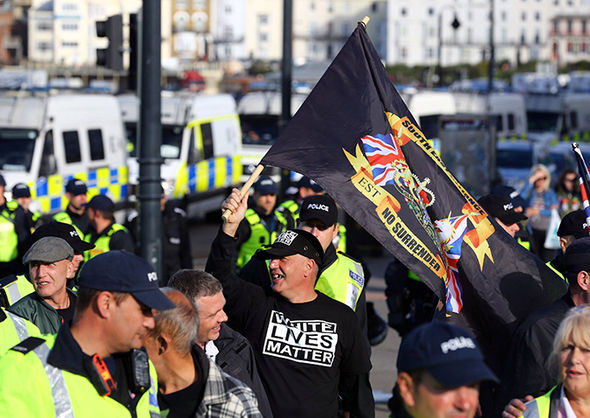 Photo:  The protestors were branded ‘racist’ 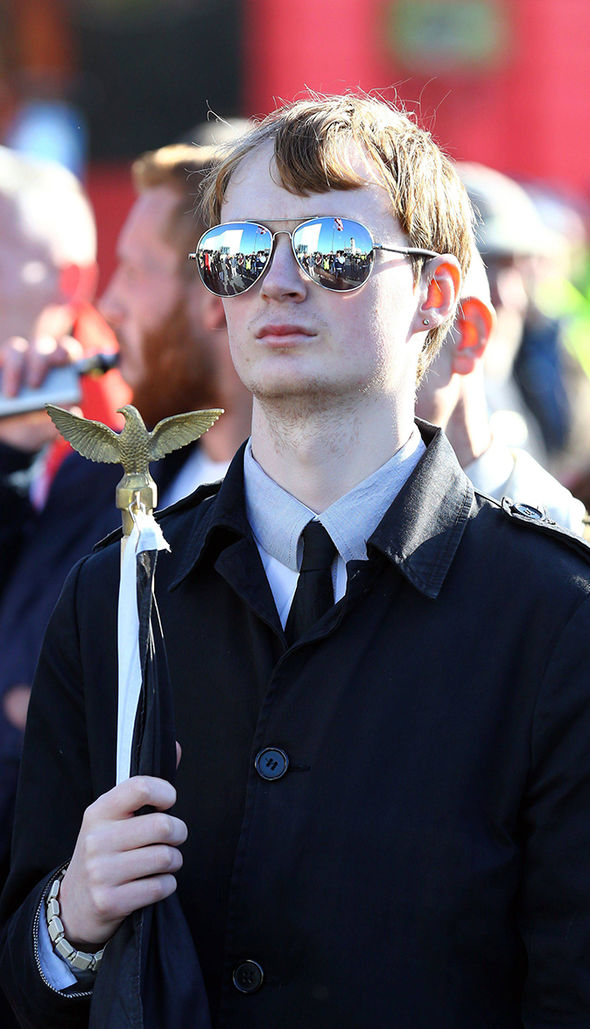 “Largely the event ran smoothly and the small minority who were intent on causing trouble were arrested.”

It was the first event organised by ‘White Lives Matter’ in the UK.But some local businesses complained the march had put people off coming to the seaside resort and residents were heard branding them “racist” and telling them to “go home”.

Now there you have it folks. Once again we observe the despicable leftist hypocrisy at work. Across the world, blacks are allowed to march and create chaos in their “#blacklivesmatter” riots and not one liberal leftist ecoli slander them as “racist.” They even march with them and support them. Yet as soon as WHITES start to march to defend  the same rights immediately the leftist skunk establishment has lots to tweet about and their criminal leftist scum supporters have much to yap about. This comes to show the whites’ worst enemy is not the other races. but white liberal reptiles from within their own midst. Still wonder why the whole of white Europe is going to the (Islamist) wastelands? WHEN will the white race start waking up from their complacent slumber – and start to fight for their own survival?