Students are once again obsessed with the so-called racism used by whites and complain about things that have nothing to do with racism, says an educator who wants to remain anonymous. This is all a ploy by globalists – why are blacks demanding the 4th most spoken language in SA, but not their own which are spoken more widely?

One white man speaks to other whites on campus, ignoring the other coloured people who join it, and it is now called racism, it is said.

The whites also do not share their knowledge of a particular subject’s content with other students, except with their friends who are also whites.

One student complains that her roommate, who is white, does not speak to her father because she is black, and considers it a serious offense of racism.

Educators believe the complaints of other coloreds are considered to be those of people with an inferiority complex and should seek the fault within themselves. After all, it is logical for people to be more positive towards their own friends than to strangers. However as we know, blacks have a habit of forcing themselves on others and “racism” is a perfect weapon to do this with… 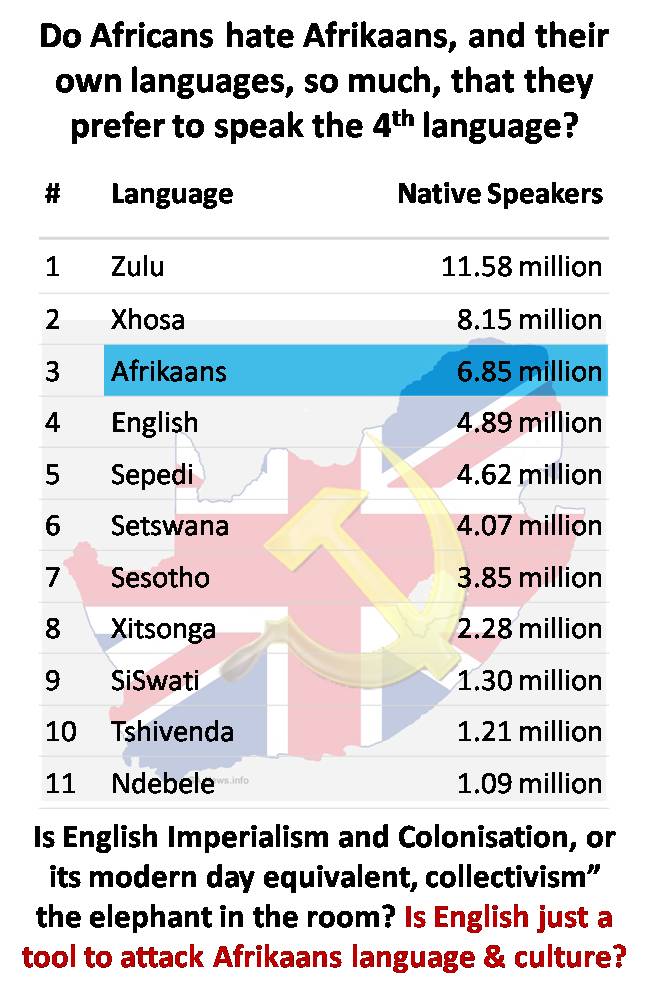