White Residents go to Court to Take Over Municipal Services After Black Municipality Collapses. They Have Already Taken Over Water Treatment Plant After Water Stopped Running

The municipality that serves the area comprising Swartruggens, Derby and Koster, south-east of Sun City, in the North-West province has totally stopped functioning and that includes each and every service, even basics like the provision of water. Local residents led by the Rate Payers Association have declared an emergency and have started to provide the services themselves!

The reason that the municipality can’t provide any services is because all municipal workers are on strike, because the municipality has taken the pension contributions of the workers to pay for other “expenses”. The local residents are already working shifts to run the water treatment plant according to Mr Carel van Heerden of the local ratepayers association who was interviewed by Netwerk24.

The association had to obtain a court order last week to prohibit striking workers from intimidating community volunteers who now operate the water treatment plant . The intervention by the ratepayers association was necessary because work at the water treatment plant had stopped because of the strike, meaning the towns did not have water for 2 weeks.

Water supply was resumed on Friday after the ratepayers association took over the water treatment plant. Mr. Van Heerden said that because the municipality collapsed and don’t provide services anymore, the ratepayers association have approached the court to ask for permission to permanently take over all services like provision of water, electricity and the removal of refuse. They plan to create a special company for that and municipal rates will be paid to the company instead of the municipality.

ANALYSIS – Although it’s commendable that the local ratepayers association took initiative to re-connect the supply of water themselves, the Court is unlikely to grant the ratepayers permission to legally take over the running of the town. It is also advisable that residents in all small municipalities in rural areas should prepare themselves for the possibility of the collapse of services, because it is already happening in many areas. Rather than crisis manage, residents should go “off-grid” as far as possible and also join an established and large civil rights organization like Afriforum before the time. Afriforum has the national clout to immediately put pressure on failing municipalities and a strong legal team is available to act on the behalf of communities. The more members Afriforum has, the stronger their mandate will be and the easier it will be to coordinate any actions.

The FF Plus MPL in North West, Erns Kleynhans, said: “It is disappointing and unacceptable that the provincial government in the North West is merely shrugging its shoulders and turning a blind eye to the serious problems experienced by the Kgetlengrivier Municipality (Derby, Koster and Swartruggens), which used to be part of the self governing Bophuthatswana, before it was taken over in a bloody coup by the ANC. 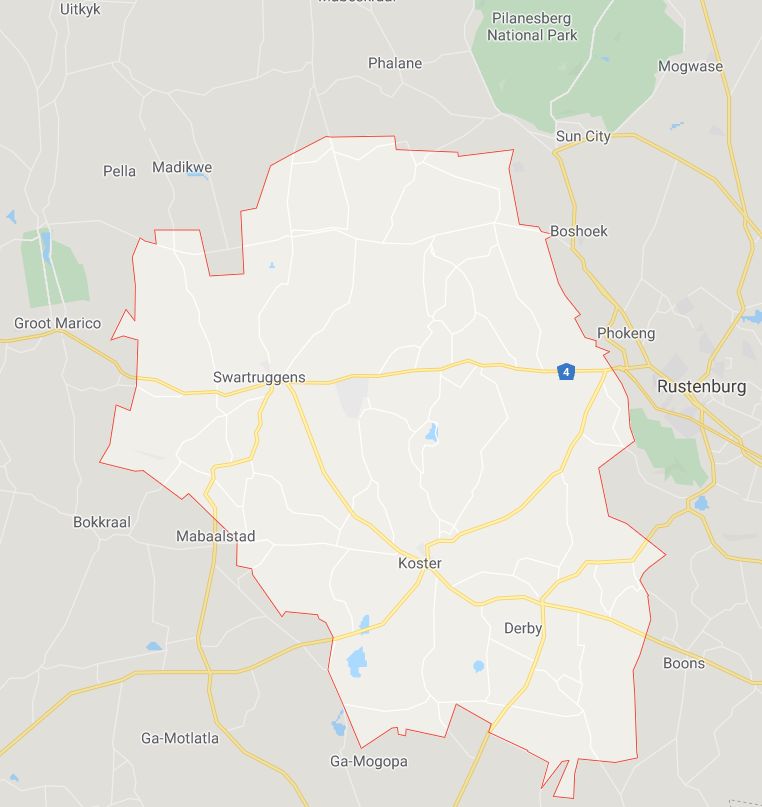